Podcast Episode 11: We Were All Yugoslavians

“At a certain point, the news became corrupt. Things weren’t making sense… You didn’t know what to believe or who to believe.”

If ever someone had a sense of hiraeth, I think it would be today’s guest, Kristina, whose homeland doesn’t quite exist anymore.  Kristina was born in Yugoslavia but spent her early years in America.  At ten years old, her family decided to return to Yugoslavia, only to be forced out as refugees eight years later.

Mostar – this city was heavily bombarded during the war and the famous Old bridge was destroyed.  After the war, the bridge was rebuilt and this old part of Mostar became an UNESCO world heritage site.  This photo was taken from that bridge.

While they never thought the war would come to their town, the rise of conflicting nationalist parties eventually did push them out of their home.  During this war, families were torn apart; forced to take sides or risk becoming prisoners.  Kristina says all of her friends eventually left the country.

Kristina and her friends in Ukraine, 1991. (A year before the war reached Bosnia.)

About this photo, Kristina says, “I sang in a mother daughter choir in Zepce (my hometown) and we had choirs from other cities and countries come and visit us. This particular summer, we went to Ukraine and Belarus. While we were there, the first incident (which was basically the beginning of the war) broke out in Slovenia. We heard about it on the radio there that something was happening, but nobody spoke Russian fluent enough to understand what was really happening.  It wasn’t until we were back at the Yugoslavian border that we found out what really happened. At the time, it was just an incident, nobody knew then or believed that it would escalate into a full blown war.  The war broke out in Bosnia a year later.”

I asked Kristina if she sees parallels with what’s happening in the world now with what was happening in the lead up to the war in Bosnia and she says the current rise of nationalism makes her cringe as well as the manipulation of media.  She says, “At a certain point, the news became corrupt. Things weren’t making sense. Things were reported in a different way than they were actually happening… You didn’t know what to believe or who to believe.” 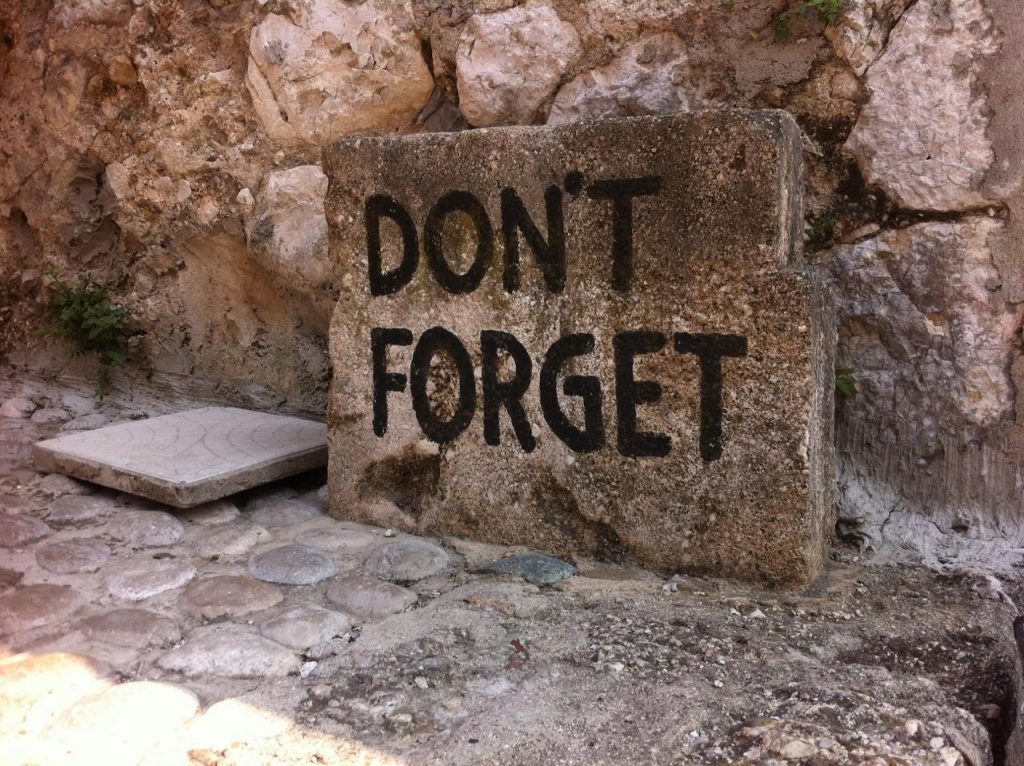 Kristina also has the unique perspective of being on opposite sides of migration- both as a refugee and as an expatriate.  She has lived in America, France, and the Netherlands.  She says she also married the son of an immigrant.  Her (American) husband’s mom is from Sweden, and he’s floated around quite a bit among Germany, the Netherlands, USA, and France. 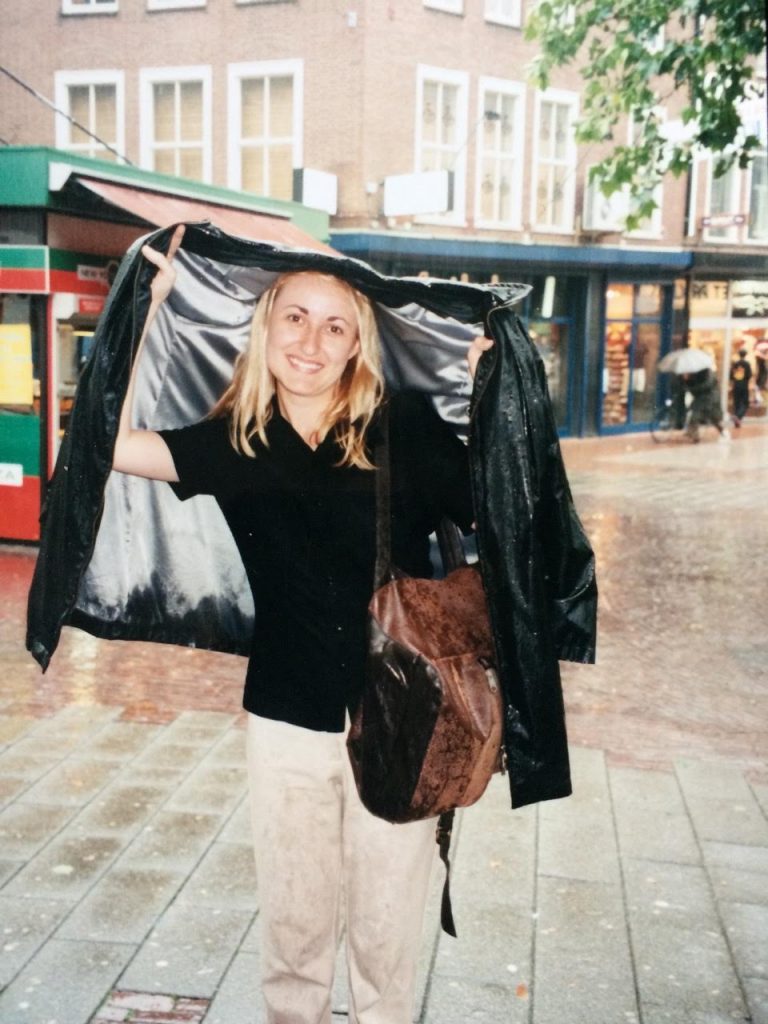 The day Kristina got her degree in the Netherlands 1997/98.  It was a proud day, “… opening a world of possibilities,” she says. 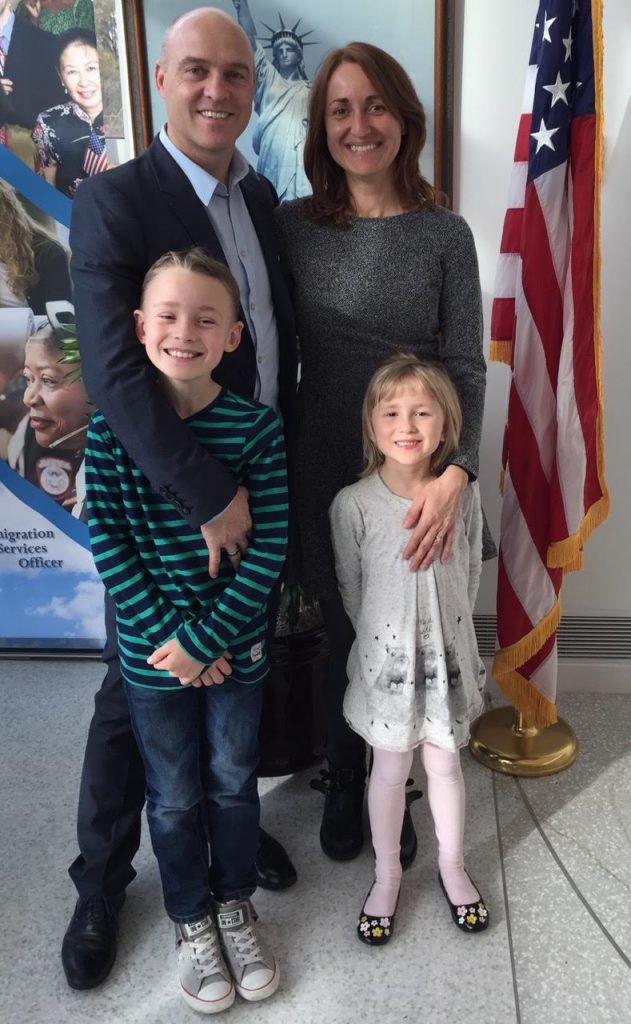 The day Kristina became a US citizen in 2014. 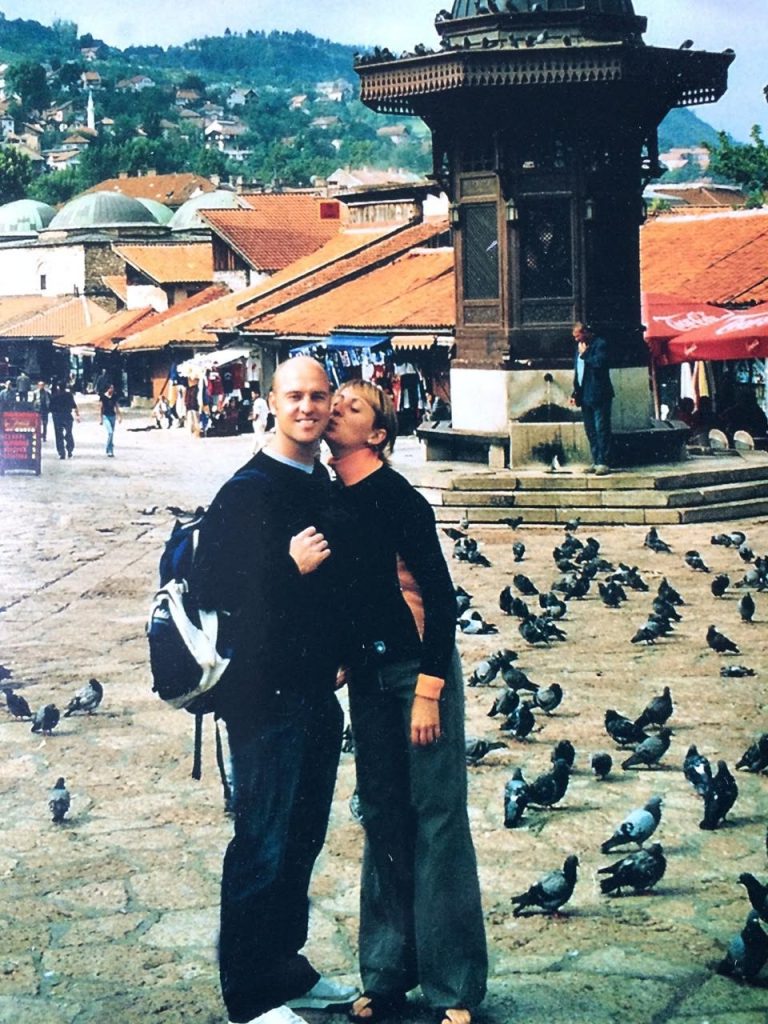 Kristina and Sean at the Bascarsija (Turkish quarters) in Sarajevo 2003.  Kristina says, “This was the first time I took Sean to see where I grew up. He proposed to me at the end of the trip.  He walked around for two weeks with a ring in his pocket trying to find the perfect moment to propose.”

All images provided by Kristina. 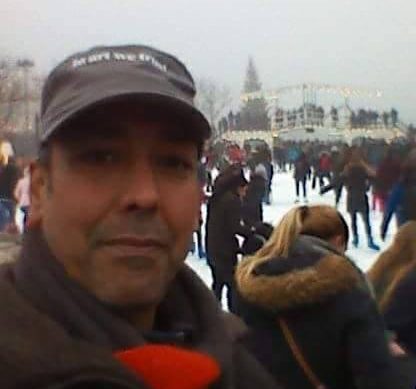 Podcast Episode 8: In Search of Homeland 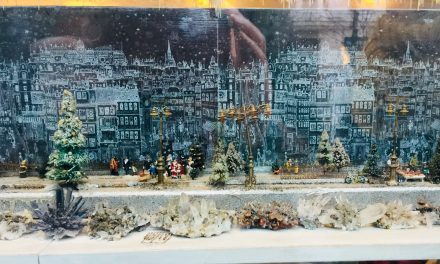 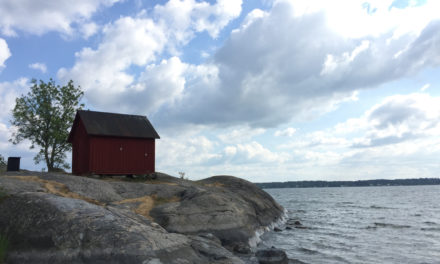 Podcast Episode 30: Choosing to Walk Away