This morning I went out for a walk with my gallery guide and my little dog. My neighbourhood, for the moment, has been turned into an art gallery, and we thought we would use our usual walk as a chance to investigate. 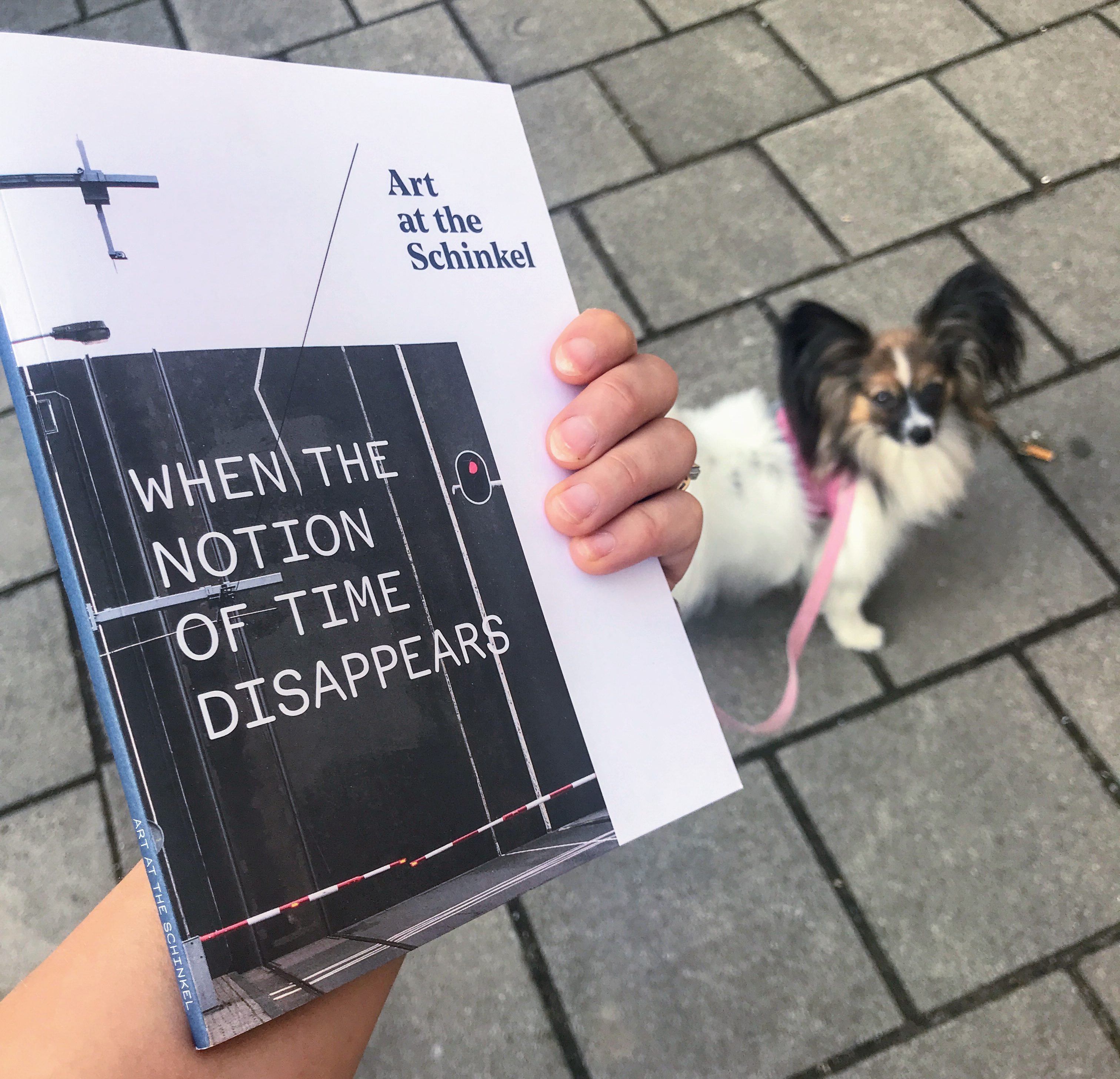 The Soledad Senlle art foundation has been mounting exhibitions every couple of years in their gallery across the Schinkel for quite some time. It’s new to me, because I only moved to this neighbourhood two years ago. Although I am unaccustomed to even this level of permanence, having moved dozens of times over the course of my life, it occurs to me sometimes that I am still a newcomer. I relish so many secret nooks and small beauties in my little neighbourhood, Amsterdam’s Schinkelbuurt, but there is always something new to discover. The rhythm of how the seasons move here hasn’t quite yet become as natural to me as breathing; on the contrary–I find myself suddenly catching my breath at a sudden burst of roses, or the way a whole row of brick houses peers up at me from the reflective shimmer of the river.

So a few weeks ago I followed the new neighbourhood signs across the Zeilstraat Bridge to Sloterkade 171, Soledad Senlle’s exhibition space. There I found an expansive urban gallery, almost empty but for the ethereal music that greeted me as I walked in. 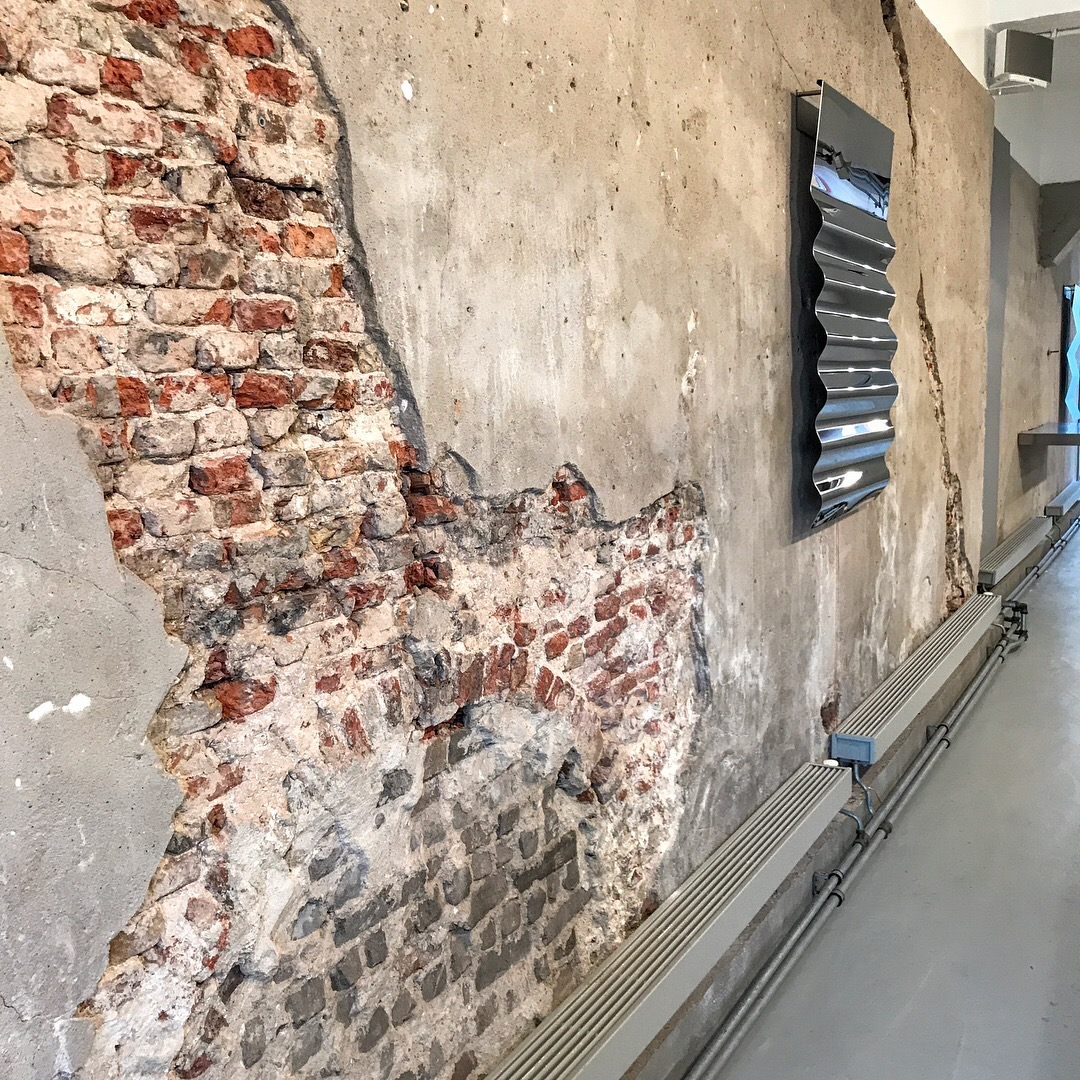 Amsterdam-based artist Henk Schut, it turns out, has turned the gallery into a chamber of sound. The twisted mirrors hung on rough-hewn walls reflect not only the space and its occupants, but also the ceaseless, intimate music of the Schinkel River itself. A computer algorithm dictates which of 25 speakers around the room are activated at any one time, playing many days worth of natural sounds recorded underwater, interspersed with natural silences. For someone who lives every day within earshot of the soft lap of the water, the rumble of the tram overhead, the sound of so many varieties of rain, the ever-changing soundscape thus produced is a mysterious echo of the familiar, softened into a timeless, yet ever-evolving music.

Also within the gallery itself is Eva Gonggrijp’s eerily whimsical VR jaunt into a dollhouse. Alice in Wonderland crashes into unbearable nostalgia in this simultaneously insubstantial and startlingly vivid replica of her grandmother’s house. My children, when I took them to see it, were as fascinated as I was by this surreal wander through someone else’s memories.

We were invited to follow curator Marisol Ferradás across the street and down into the depths of the old, now unused mechanism for raising the Zeilstraat Bridge to view Kaleidoscope, Tamar Frank’s piece. Several flights of stars led us down to a silent chamber that felt far underground, underwater, and removed from everything. Then Frank’s kaleidoscope rippled to life like a buried lighthouse, illuminating the space in weird waves of changing light.

Upon leaving the gallery I received the gallery guide, with a map of my neighbourhood in the back, marked with a dozen art installations hidden, as it were, in plain view. André Pialege’s metal sculpture for example, is just visible through bicycles propped against the iron bars enclosing the overgrown yard belonging to a 19th century prison that temporarily housed refugees last year, and will soon be renovated to serve as the British School in Amsterdam. 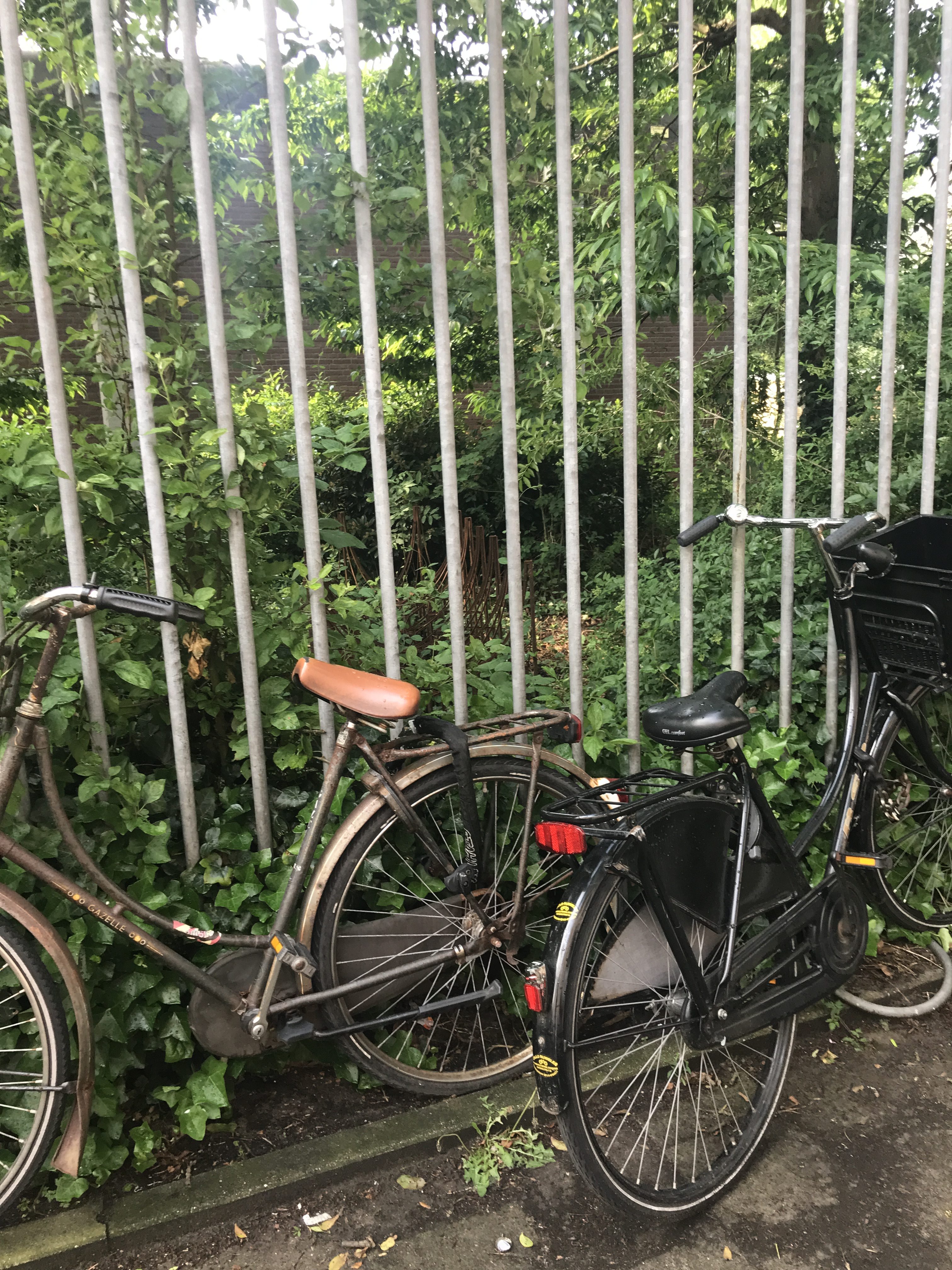 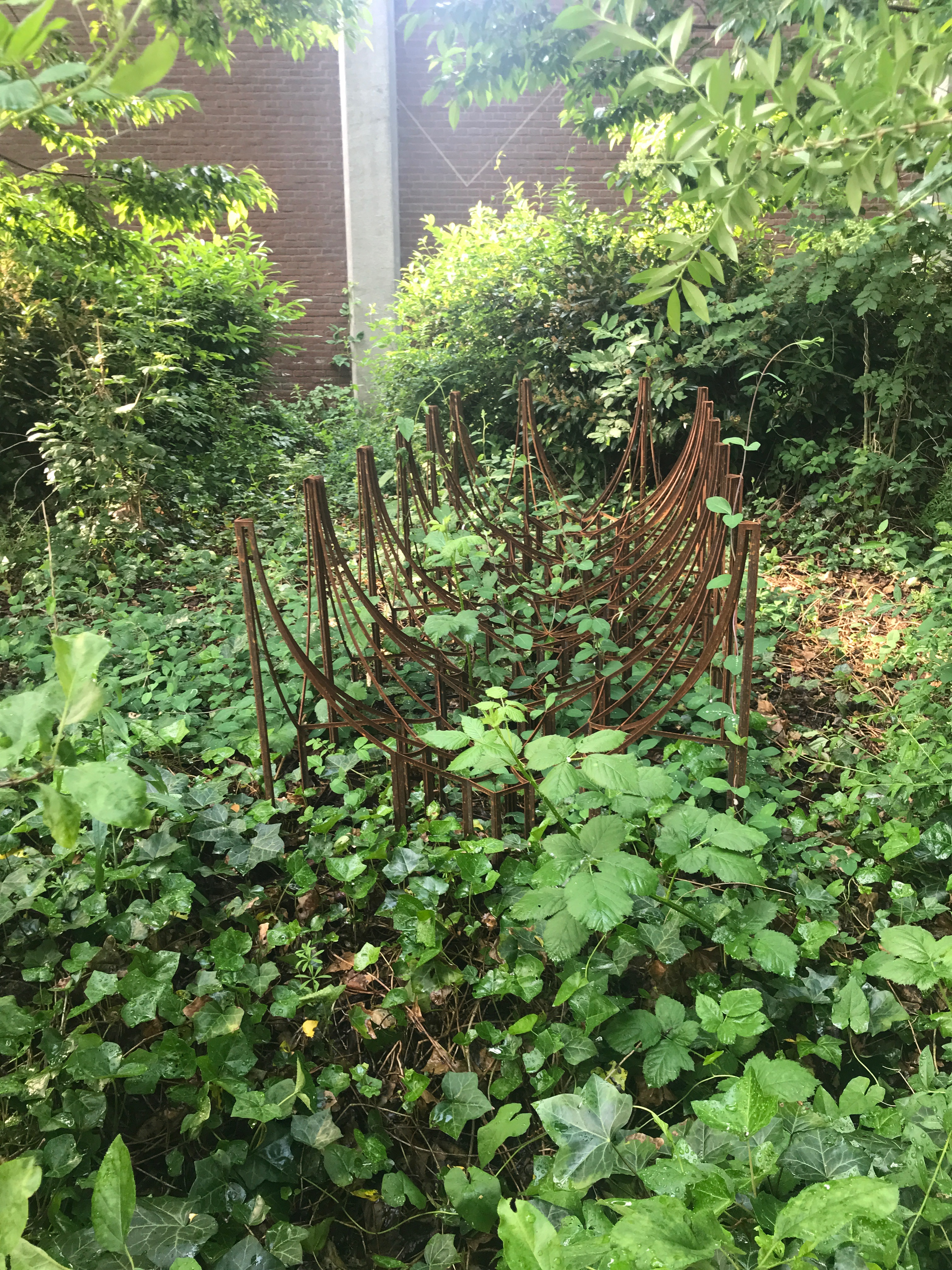 Pielage’s piece rises out of the tall grass as if it were older than the building behind it, and I feel a certain kinship with it, since we are both newcomers to this neighbourhood, digging ourselves in as if we had always been here, while everything changes inexorably around us. The school is not the only major construction project in this little sliver of a neighbourhood tucked between the fashionable mansions south of Vondelpark and the place where the trams come home to sleep at night. A new apartment building fronting the Schinkel rose before our eyes last year; and the incongruous alley full of corrugated garages along with the artistic space/craft brewery where Hiraeth has held its past two events are scheduled to be demolished soon to make room for an ambitious new development.

In such a rapidly changing part of the city, there is something elegiac about these works of art that are so anchored to place–taking up their own space, asserting their right to exist even as everything around them dissolves, evolves, and looks around at itself with eyes from Elsewhere.

As a matcha latte-sipping frequenter of art galleries who arrived–in the time-reckoning of a centuries-old city–just yesterday, I have no right to moralise about gentrification, or mourn the changing face of a neighbourhood I am only just getting to know. But I hope that the Soledad Senlle foundation continues to celebrate the soul of this place, even as its face changes. For now, from Popel Coumou’s billboard that makes a sort of transfiguring mirror of the park bench next to it at sunset, to Aeneas Wilder’s collaborative Zen garden in the midst of busy Vondelpark, to so many more, this exhibition gives the viewer an opportunity to pause in the midst of everyday life to reflect on the passage of time and all it brings with it.