When I introduce myself to others these days, I always say, ‘I’m American and Portuguese, and I’ve lived in Europe for the last 20 years – that’s all of my adult life’. Generally, this confuses people enough to get a conversation going, accomplishing my objective.

In the summer of 2002, I took a 24-hour bus journey from my then home in Belgium to Portugal. The bus was filled with Portuguese emigrants – mostly men who had been working in construction in Germany and Belgium and were returning home to their families for the summer – and a single immigrant going to Portugal: me. 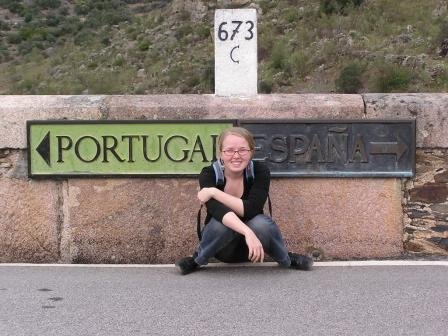 I moved to Portugal to join my boyfriend, a Portuguese-born geologist who later became my husband. A country shaped by centuries of emigration, Portugal very recently had become one increasingly characterised by immigration. Thanks to my university research job in which I studied the integration experiences of recent immigrants to Portugal (how appropriate!), I had the fortune to be able to travel around the country, getting to know the diverse peoples and places involved in caring for immigrants’ welfare. Over time, I grew familiar with the country’s nooks and crannies better than some who had spent their whole lives there. And, without really realising it, over time, I came to deeply identify with Portugal.

After some years, thrilled at the possibility of making this relationship I had with Portugal official, I initiated the process of becoming Portuguese. Upon arriving at the office in Lisbon to submit my application for citizenship, I enthusiastically produced as much documentary evidence as possible of my connection to my adopted home – in addition to the to-be-expected Portuguese language proficiency certificates and the somewhat-unexpected library card, I brought along my blood donor card. I literally bled on a regular basis for Portugal – what did that say about my commitment to the country? 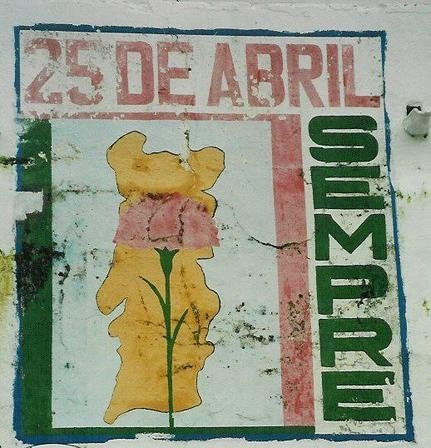 That odd mix of evidence seems to have worked as, some weeks later, I received notice of my Portuguese citizenship in the post. Unlike in the US or Canada, where there are citizenship ceremonies complete with spoken oaths and grand symbolic gestures to flags, this was just a plain old envelope. A bit disappointing perhaps. Ah, but what was inside, you might wonder? The official proof of my new nationality… a Portuguese birth certificate! After many years of angst about being American, especially in the post-9/11 Bush-era politics, I felt reborn. Imagine the thrill of stepping inside the voting booth in my first Portuguese election and realising that I could vote for the political party that most closely reflected my beliefs, not simply feel that I needed to vote out of fear so that the lesser of two evils would enter office. For the first time in my life, I felt that I was part of a real, functioning democracy!

In 2008, some six years after arriving in Portugal, my husband and I divorced. Instead of staying in Portugal, however, I moved permanently to the UK where I was already doing my PhD. I piled my belongings into 10 huge, zippered and basically indestructible woven plastic bags colloquially known in Portugal – funnily enough – as ‘immigrant bags’ into two taxis heading to the Lisbon airport. Hours later, my belongings and I were warmly welcomed into the open arms and cars of dear friends in Scotland who picked me up from Glasgow Airport and collectively worked to put me back together again.

It took years for me to return to Portugal – six, in fact. I avoided the country because I didn’t believe that I deserved to be there any longer. I had seriously taken to heart a flippant but devastating question someone posed to me during the course of my divorce: ‘Will you give up your Portuguese citizenship now that it’s over?’ They were suggesting that my only legitimate claim to ‘Portuguese-ness’ was through the bonds of marriage; that, in divorcing from my husband, I had divorced from Portugal, too; that I wasn’t entitled to it just as the person I was. And, for a long time, I believed that. 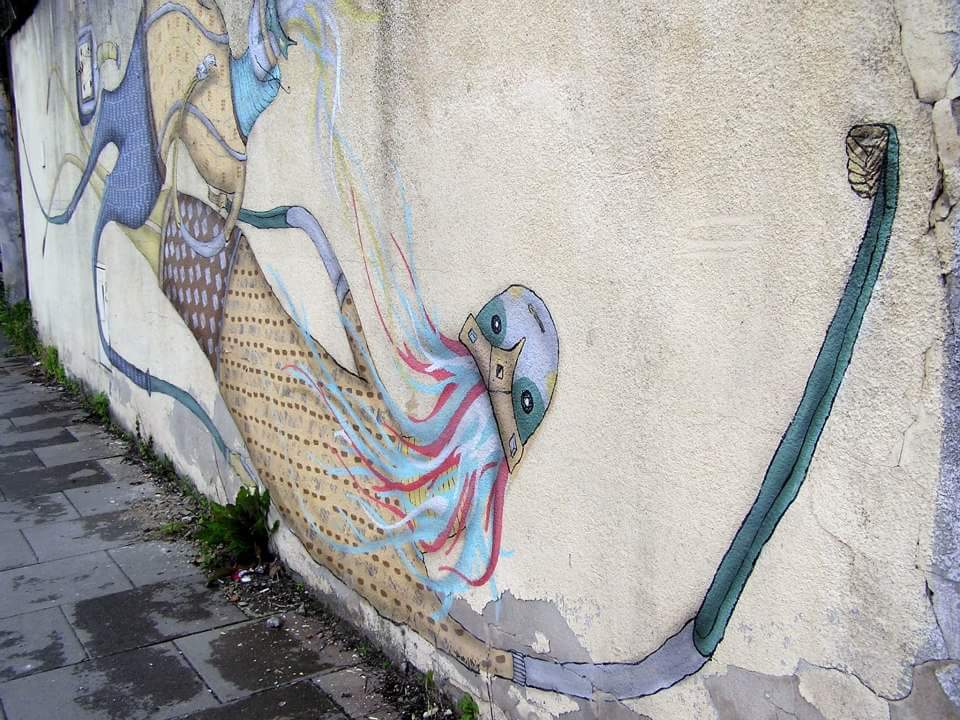 It was my current partner’s family that eventually brought me back to my Portuguese ‘roots’. My partner is from Galicia, that north-western part of Spain that sits atop Portugal, and the language spoken there (Gallego) is very close to Portuguese. When I first met him in Scotland, we used Portuguese and Galician to communicate, and I still use these languages to communicate with his family. In our summers with his family, we began to spend time in Portugal and they came to learn about Portugal through me. In becoming the ‘local Portuguese’ guide for them, I was again able to rekindle and express my bonds to a country to which long ago I had explicitly chosen to belong.

So, today, when someone asks me where I’m from, I’ll give the answer that started this story: ‘I’m American and Portuguese, and I’ve lived in Europe for the last 20 years’. In so doing, I’m making a very specific political claim about the nature of national belonging and entitlement to it. The exiled Palestinian poet Mahmoud Darwish once asked during his time in Lebanon, ‘Who am I after my exile in you?’ In the years following the challenge to the legitimacy of my relationship with Portugal, I routinely asked myself that very question. Who did I become during and after my time in Portugal? The answer is far from simple. No, my claim to ‘Portuguese-ness’ did not come about through birth. It came about through rebirth, through the conscious decision to claim a connection with a place on the planet and – like many migrants with strong transnational ties to multiple places – to make it not my only home but, rather, one of my homes. And that, I believe, is cause for celebration. 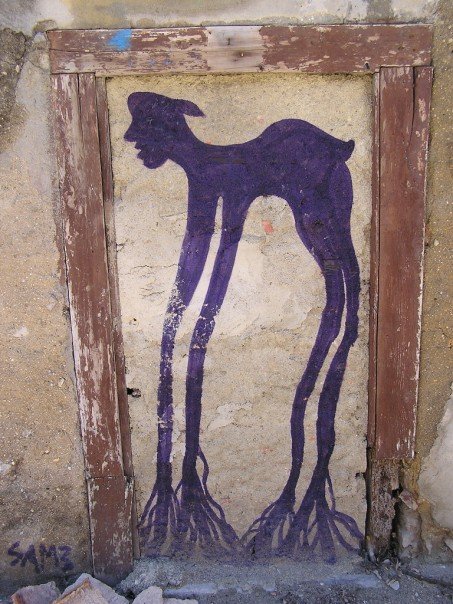 In 2015, I gave birth to my son in The Netherlands. While he holds multiple passports, a Dutch passport is not among them. Though born in that country, because his father and I are not Dutch, Dutch law doesn’t permit him to automatically acquire Dutch citizenship at birth. But he does have the extraordinary birth-given privilege of possessing three other passports: Spanish, from his father, and from me, American and – I’m proud to say – Portuguese. Should we stay in the Netherlands, he’ll have the opportunity to make a decision when he becomes an adult as to whether he wishes to acquire Dutch citizenship – and, by law, consequently renounce his other citizenships – or not. And I’m proud to say that will be his choice one day.

For migrants, answering the question about where we come from is never simple: we are the products of the different places in which we have lived and the people who have surrounded us. We are not from this or that place. We are from and in-between this place, that place and the other… and I long for the day when our identity cards and our conversations will be able to reflect that complexity.

Last week we interviewed Meghann Ormond for the Hiraeth podcast. If you missed it, you can listen here: http://hiraethmagazine.com/podcast-episode-27-heritage-from-below/

All photos courtesy of Meghann Ormond 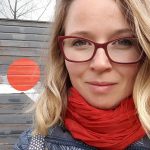 Meghann Ormond is an Associate Professor in Cultural Geography at Wageningen University. Her research focuses mainly on transnational mobility, health and care. She’s especially interested in intersections between migration and tourism. Her work offers insight into how shifting visions and practices of citizenship and belonging transform travel, health and social care practices. Visit her faculty page for more information on her research interests and collaborations.